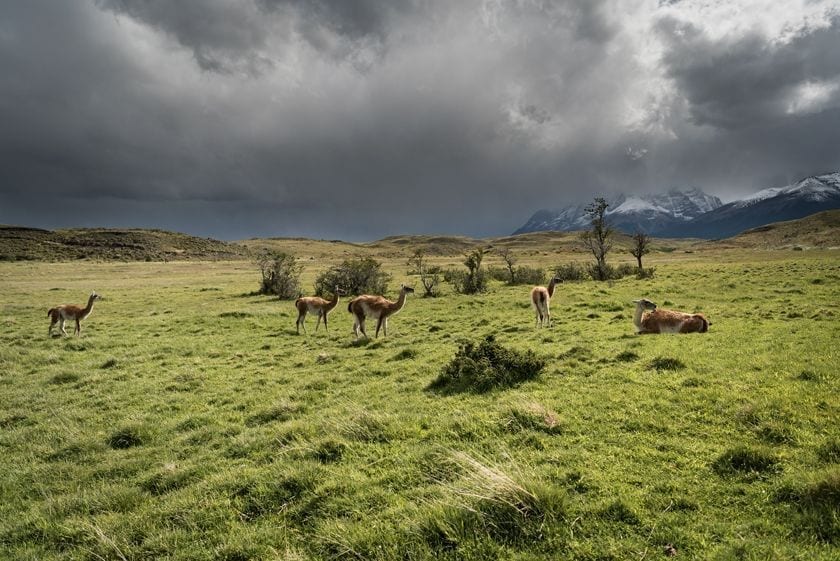 When thinking of Patagonia, everyone probably imagines otherworldly landscapes, blue waters, maybe glaciers. Noone, I’d say, thinks – mmmm, I must try that incredible food in Patagonia!

But nevertheless, in addition to the rugged peaks, there is some very interesting food available as well!

Useful things to know about eating out in Patagonia

Most places in Patagonia have many places where to eat – from simple cafes to fancy restaurants. It’s not the case for Torres del Paine, though. These are the main food-related things to keep in mind when visiting Torres del Paine:

There’s quite a variety in food when it comes to Patagonia, but pretty much all of it is rather filling and, honestly, tasty.

The rich tastes of Patagonian cuisine make a lot of sense since the weather is rather unfriendly.

You can try anything there, honestly, from seafood to red meat, to mushrooms and sweets.

Arguably Patagonia’s most famous dish and something of a regional speciality.

This is lamb cooked on an iron cross over an open fire. It looks fascinating!

The lamb is cooked for several hours until the outside is crispy, and the soft meat goes off the bone easily.

Definitely a must-have – even if you’re not a fan of meat.

Honestly, I just couldn’t make myself try this one, because I grew fond of the cute guanacos on the side of the road.

But, just like the lamb, this is a very popular dish in Patagonia because the population of guanacos is so high. Hunting is allowed for controlling the population.

The meat is rather lean, and it is cooked just until it’s all nice and tender.

Michal had it as a part of his parillada in El Chalten, and another time when we were on our three-day tour in Salar de Uyuni and the lagoons there. Me? Well, I would have tried it in Bolivia if not for the altitude sickness.

Related: Where to stay in El Chalten

So, what exactly is a parillada?

Pretty much – all in one barbeque.

If you can’t decide on which kind of meat you’d like to try, this is a perfect option! Parrillada usually contains beef, pork, sausage, lamb, with guanaco, chicken, and goat thrown in for good measure. They are grilled over an open fire until

Sounds like a big meal, doesn’t it? Well, it is!

And, like so many meals from the Patagonian cuisine, it’s very filling.

So – pretty much perfect after a whole day of hiking.

Michal had a smaller version of Parillada in El Chalten after we did the Laguna de los Tres hike, and he still needed my help finishing it!

You can have an Argentinian mixed grill as part of a tour of Estancias in Los Glaciares.

If you’re by the sea somewhere on the Chilean side of Patagonia the Patagonian King Crab, or Centolla Patagonica, is definitely one of the dishes you must try!

Chupe de Centolla is like a Patagonian version of a chowder. A creamy crab, breadcrumbs, some melted cheese – does it sound mouth-watering? It definitely is!

The cheese brings out the crab’s rich flavour, resulting in creamy goodness. Perfect for warming up after hiking in the Patagonian weather!

Punta Arenas is where we tried the King Crab, and it was as good as it could be. Definitely worth checking it out during your time in Patagonia!

There are abundant lakes, rivers, and glaciers, so no wonder quite a lot of food in Patagonia is actually made of freshwater fish.

One of the most famous fish meals in Patagonia is the trout.

It’s best enjoyed in a simple butter sauce, with seasonal vegetables on the side. The meat of the trout, just like all the other food in Patagonia, when cooked properly, will just fall off the bone and melt in your mouth.

What to have together with the food in Patagonia

All of the meat, fish, and seafood is amazing, but you can’t just have them on their own!

So, here I’ll list some drinks, snacks, and sweets that you would be interested to try from the Patagonian cuisine.

I promised mushrooms, didn’t I?

While they do not make a whole meal by themselves, they are accompanying a lot of food in Patagonia.

You will most often find mushrooms in many local sauces or as a side dish. Their taste is so special that Patagonian mushrooms are known internationally!

If you’re looking for some more typical food in Patagonia, lamb empanadas are something you could try.

Once again, the Patagonian people have added their own touch to a traditional South American dish, by using lamb instead of other meat and cheese.

If you’re looking for a hearty snack to take on your hiking trip, the delicious empanadas are definitely something to consider.

The Patagonian pesto. This perfect garlicky paste goes with pretty much everything.

You’ll probably find it with the parillada, but it’s used in different marinades as well.

A Patagonian twist on the traditional Chilean (or Peruvian – depends on who you ask) Pisco sour. It’s prepared just like Pisco sour, just some Calafate berry juice is added to it. Makes the drink quite a bit sweeter.

Be careful if you decide to try this – such a tasty cocktail usually makes for some regrets the next morning!

Other things made of Calafate berry

It’s not just the juice that’s made from Calafate berries and then added to Calafate sour.

There’s more! Things like liquors, sauces, jams, cakes, tarts, and gelato are made from Calafate berries.

Calafate is a type of berry that’s unfortunately not too known outside of Patagonia. On the other hand, I’d say it makes it so much more special!

A legend says that if you taste a Calafate berry, you’ll return to Patagonia. So don’t miss it!

Dulce de leche is popular all over South and Central America, but its origins are in Argentina.

Try it in pastries, spread on cakes, on ice cream, or just on its own!

A herbal tea infused with a high amount of caffeine, it’s pretty much the Patagonian version of coffee.

Yerba mate is a social drink that’s made in a special cup and is drunk through a straw.

It’s so popular in Argentina that the average Argentinian uses 18kg of mate a year!

The artisanal beer scene is blossoming in Patagonia – anywhere from Punta Arenas, to Puerto Natales, to El Calafate.

Some of the breweries have really cool restaurants attached to them, so you can enjoy a two-in-one treat!

Or even better – stop in some of the refugios while hiking, as what can be better than a cold beer during a hike?

Well, there are not too many places in the world where you can have whiskey with ice as fresh as it gets – straight from a glacier, no less!

So, if at all possible, be sure to go on a tour of the Perito Moreno glacier, as it definitely is an unforgettable experience.

To see the neverending snow and ice, to hear the glacier move and break under your feet. It’s incredible.

In conclusion about food in Patagonia

Patagonia is a place of incredible and immense beauty.

These items are not everything special that Patagonia has to offer – if I tried to list all the incredible food in Patagonia, the list would go on for days!

Chocolates, ceviche, pizza, sandwiches, wild boar, Patagonian Toothfish – there are many, many different influences on Patagonian cuisine, and they make sure to add their own touch to the food to make it special.

But hopefully, this list made your taste buds tickle and maybe even inspired you to start planning your Patagonian vacation! 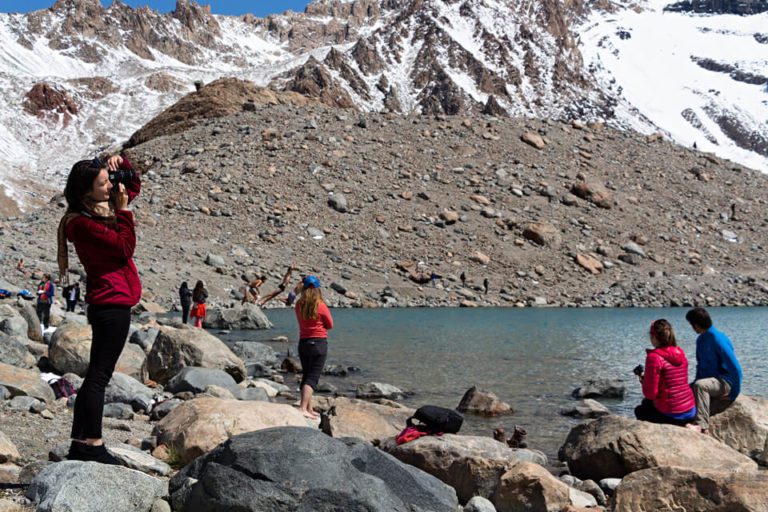 The name of parque nacional Los Glaciares in Argentinian Patagonia literally translates to “the Glaciers” in English. So when thinking of things to do in Los Glaciares national park, “visit glaciers” would be the obvious answer. Yes, it is true, there are 47 major glaciers and about 190 smaller glaciers there, plus the South Patagonian… 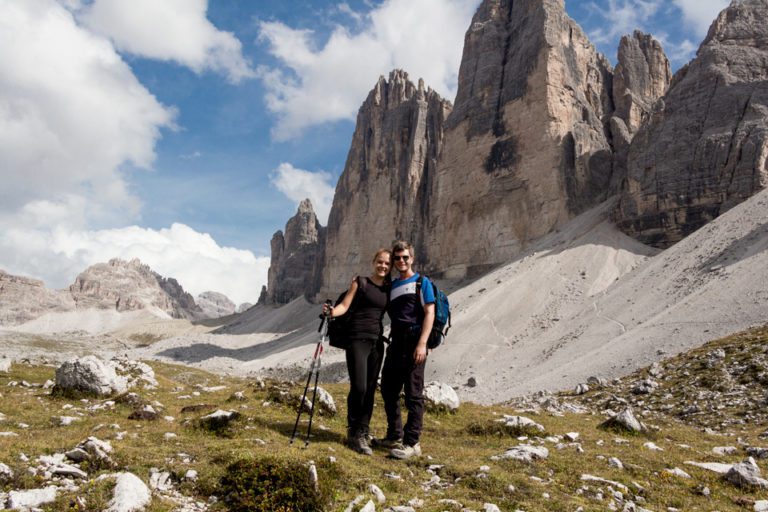 I decided to interrupt my Venice posts with a lovely little packing list for a mountain vacation. The reason for that? Well, let me tell you why. Storytime We went on a weekend trip to Tatry – Strbske Pleso, to be exact. Staying in a nice hotel, lovely room with a kitchen, breakfast. Nice and… 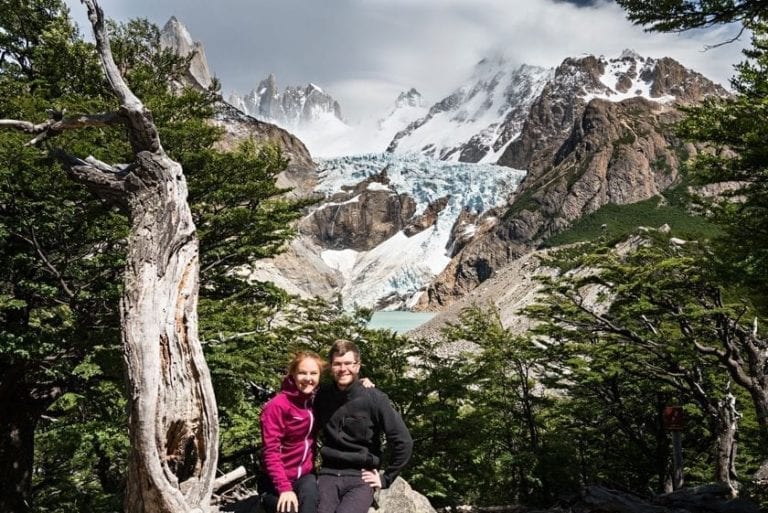 El Chalten is the hiking capital of Argentina, there’s no doubt about that. And since it’s one of the most popular places to visit in Patagonia, there’s lots of accommodation for every taste and budget available. Yes, although El Chalten is a place that is popular with hikers, the best places to stay in El… 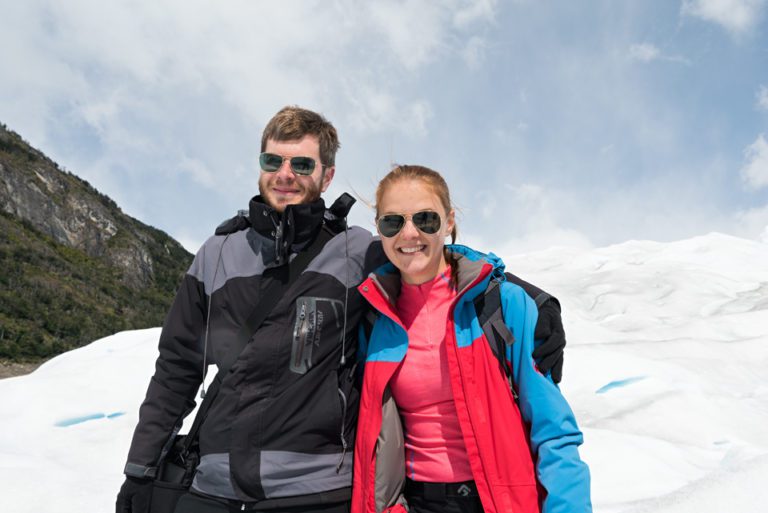 El Calafate is one of the most convenient places to stay at if you’re visiting the Perito Moreno glacier. So if you’re not sure where to stay in El Calafate, Argentina, let me help you! The city is located on the coast of Lago Argentino, the biggest freshwater lake in Argentina. Occasionally, you can even… 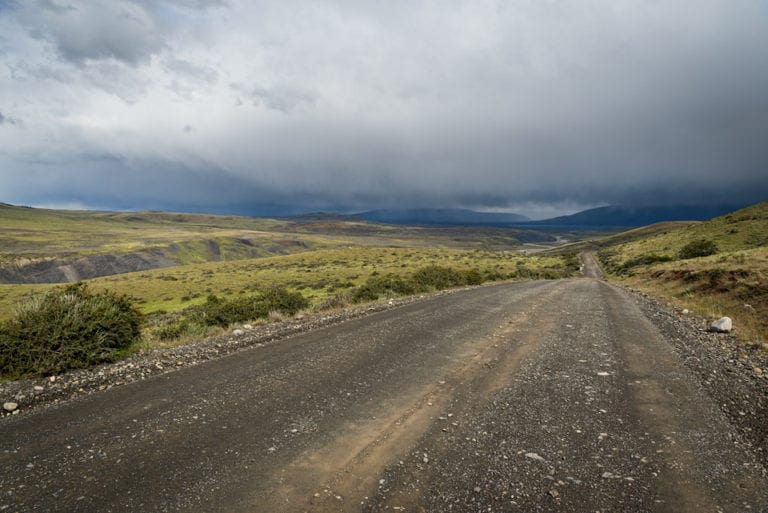 Patagonia is a wild and remote place, with quite some distances between the sights, so you need a way to get around down there. We ourselves rented a car, so I’ve put together some information you should know about car rental in Patagonia. Should you take a bus or rent a car in Patagonia? So,… 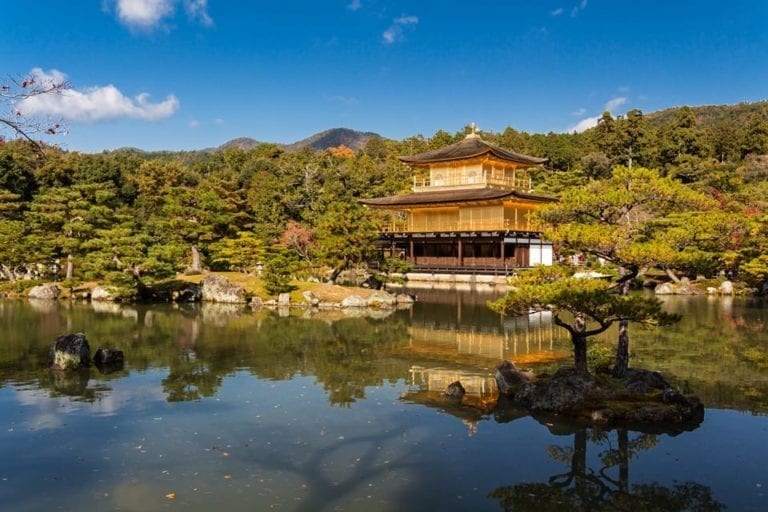 Visiting Japan is like hopping on a rollercoaster of amazing and unique experiences. It doesn’t matter if you visit Japan in November during the height of Autumn foliage, or in April when the sakura blooms. From admiring the beauty and tranquillity of Buddhist temples and gardens to enjoying exquisite Japanese cuisine, there’s a lot to…

This site uses Akismet to reduce spam. Learn how your comment data is processed. 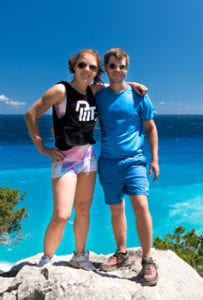 We’re Kristine and Michal, a Slovak-Latvian wanderlustful couple. For years we’ve tried to combine travelling with a full-time job. We know how hard it is to put together an itinerary to experience the best of the place we visit that the limited time there allows us – to filter out the places to see and the things to do. It can get overwhelming! So we’ve made it our mission to help YOU make your vacation as memorable as possible. 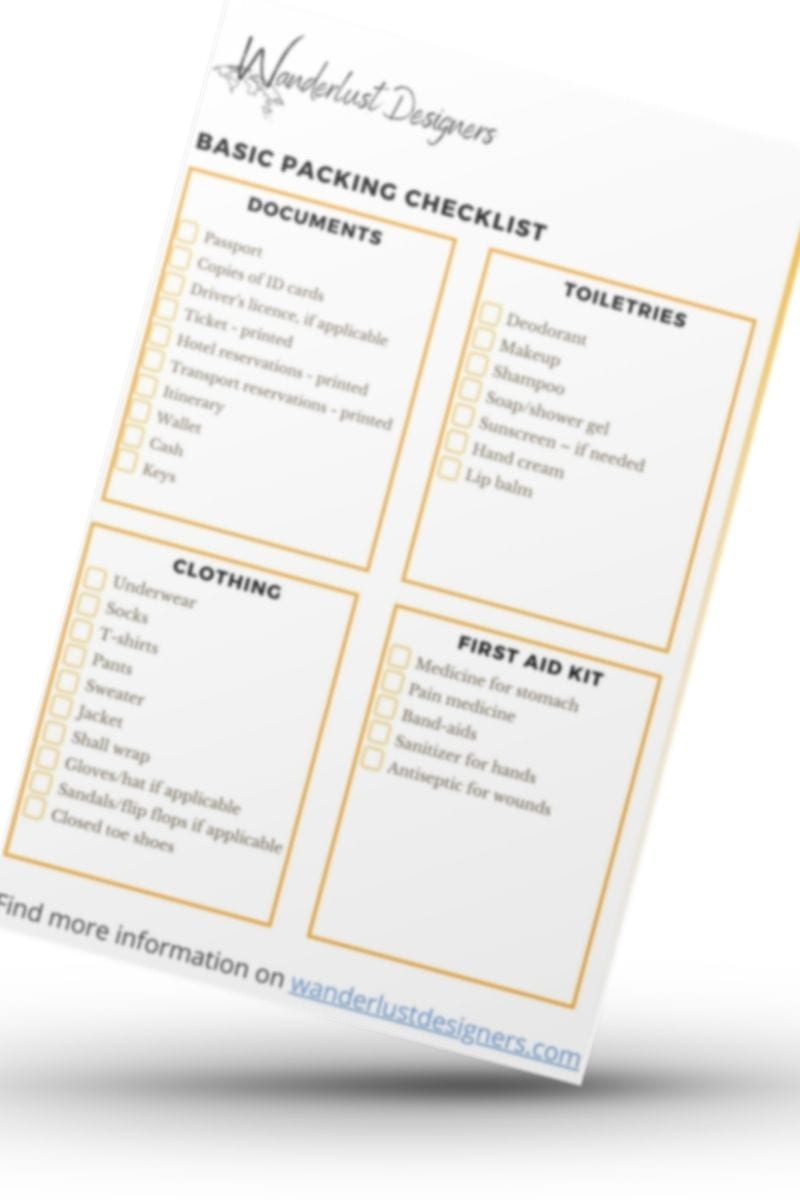 GET YOUR FREE PACKING CHECKLIST!

Sign up to our newsletter and get your free printable packing checklist of all the items you need to take on EVERY vacation!